Ani Kcam’s Dispatches radio series has no regular home, instead broadcasting on a different radio station from a different global location each time. The series aims to recognise the increasingly global mobilisation of dance music over its history, and often acknowledges the location of the station with a responsive tracklist.

Following appearances on Threads (London), Dublab (LA) and Mutant (Tbilisi), the fourth Dispatches episode comes out on Cashmere Radio. This mix identifies a few of the countless producers who have contributed to the significance of Berlin and Germany as a whole in the development of dance music. Historically celebrated names such as Oliver Lieb, WestBam, Jam & Spoon and Members of Mayday sit alongside an eclectic group of current Berlin residents including Alignment, Kyoka and Grischa Lichtenberger. In placing these artists together a sonic journey of techno, electronic and experimental music is offered.

Ani Kcam is a DJ and producer based in Brighton, UK, who attempts to solicit movement and rapture whilst refusing to conform to strict genre-centric constraints. Eclectic and unpredictable DJ sets rest on twenty years of crate digging, net searching and party-making, resulting in dynamic, increasingly intense and euphoric performances. Although keen to fully explore contemporary global club sounds, there are clear referential links to the rich history and development of dance and rave music over the last three decades. Despite mixing for half of their life, Ani Kcam’s appearances have been rare, cropping up in places such as Umbo (Zurich, CH), Boomtown Fair (Wiltshire, UK), Edge of Wrong Festival (Cape Town, SA), The Volks (Brighton, UK) Supernormal (Oxford, UK), Madeiradig (Madeira, PT) and numerous underground parties, raves and online spaces.

The roaming mix series Dispatches was started in 2019 aiming to mirror Ani Kcam’s global focus by touching down on a different radio station around the world for each episode – editions have appeared on Threads Radio (London), Mutant (Tbilisi) and Dublab (Los Angeles). The monthly radio show Nowhereness was co-established early in 2021 on London’s Threads Radio, designed to expose the more ceremonial, ritualistic and geographically decentralised nature of underground dance music. 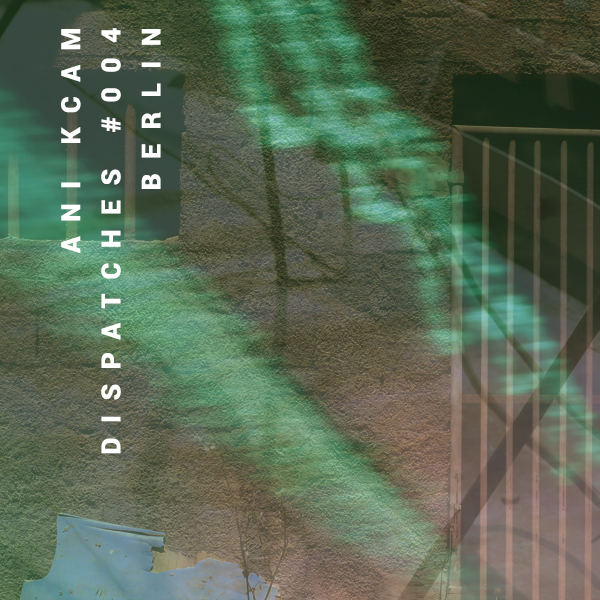