Howard Williams aka Japan Blues is the founder of Ethbo Music and a long time Honest Jon’s affiliate. Those who have listened to his NTS Radio show of the same name will know that Williams is one of London’s most unique record collectors with an incredible collection of Japanese music ranging from traditional music to rock n’ roll to boogie and disco.

Fresh of the release of his debut album he joined us a for a live appearance on the 3rd edition of the Applied Arts party at Acud Macht Neu. Ahead of the party he came to the studio to play one of his distinctive sets of music out of the land of the rising sun.

First up is Vigera setting the tone before JB takes over the second hour of the show.

Special shouts out to Herc E. Rillen for making this happen!!! 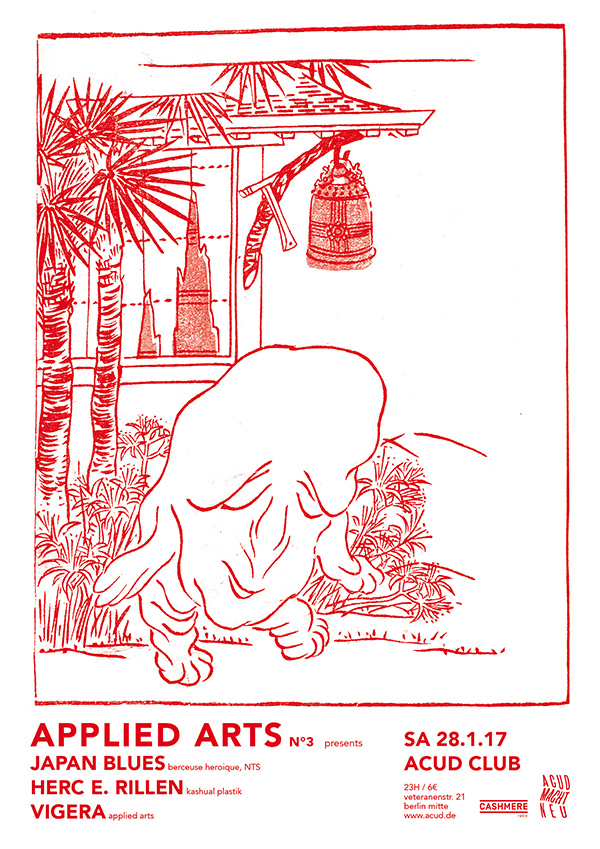