What’s this 30 year old experimental record label all about?
Let’s travel back in time a little, to Sweden, back to 1987.
A 12 year old by the name of Zwarre somehow got into the Swedish experimental electronic and industrial music scene. He decided to contact his favourite underground musicians to release their music on vinyl.
Those cool underground musicians, Enema and Gejonte didn’t really know what to do. They thought it was a joke. They couldn’t possibly take it seriously and hung up.
But the boy tried again and again…
…just like the tractor in the Börft Records logo.
After many many attempts — telephone calls, letters — three years later in 1990 he finally succeeded to release the LP: A split one-sided vinyl with in-house label band FRAK and Enema & Gejonte.
It is easy to start a label…It is NOT easy to keep it alive and kicking for 30 years.
But here we are!
30 years later, Enema and Gejonte are still part of Zwarre’s label, and along with other Börft friends, are proud to invite you to listen to a 30 years label Börthday Broadcast.

Hosted by the one and only DJ Shlucht 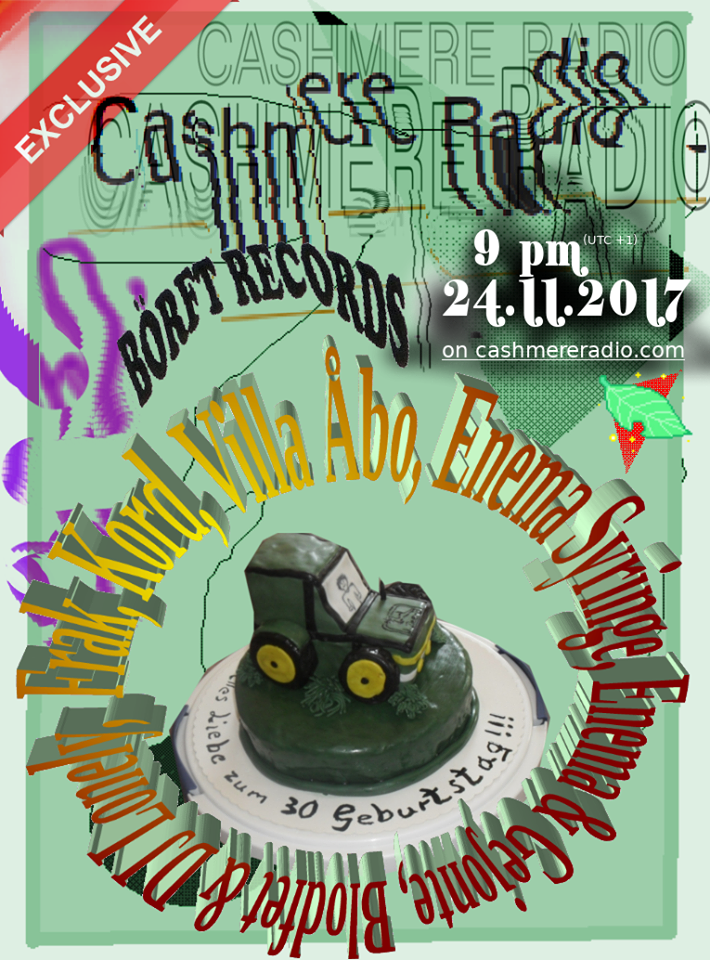