The Watch consists of a group of artists and cultural producers that inhabits the former GDR watchtower on Schlesischer Busch between Treptow and Kreuzberg during the summer months.

In the summers of 2018 and 2019 The Watch invited a series of artists to think of the watchtower as a structure that broadcasts, emits and speaks up.

In the format of a live listening event from the tower and from 88.4FM, we gathered around the tower and listened to the contributions by the residents from the past 2 years.

The former watchtower has a long tradition of cultural and artistic production ever since Reunification, yet, in recent years, the building has become a place for reflection rather than mere production: artists, writers, choreographers, musicians, and other thinkers have been invited to spend time within and around the tower to consider the building’s texture, its history, its future, as well as its present position within Berlin’s cultural and political landscape.

More than a remnant from the Cold War, it is a container for the conflicting narratives of the past 30 years, and even serves as a projection surface for the future. The tower appears as quickly as it disappears, squeezed in on the one hand by an area of fast-paced gentrification, and in limbo on the other – its dormant energy therefore carries desires and failures, breathing in, breathing out. 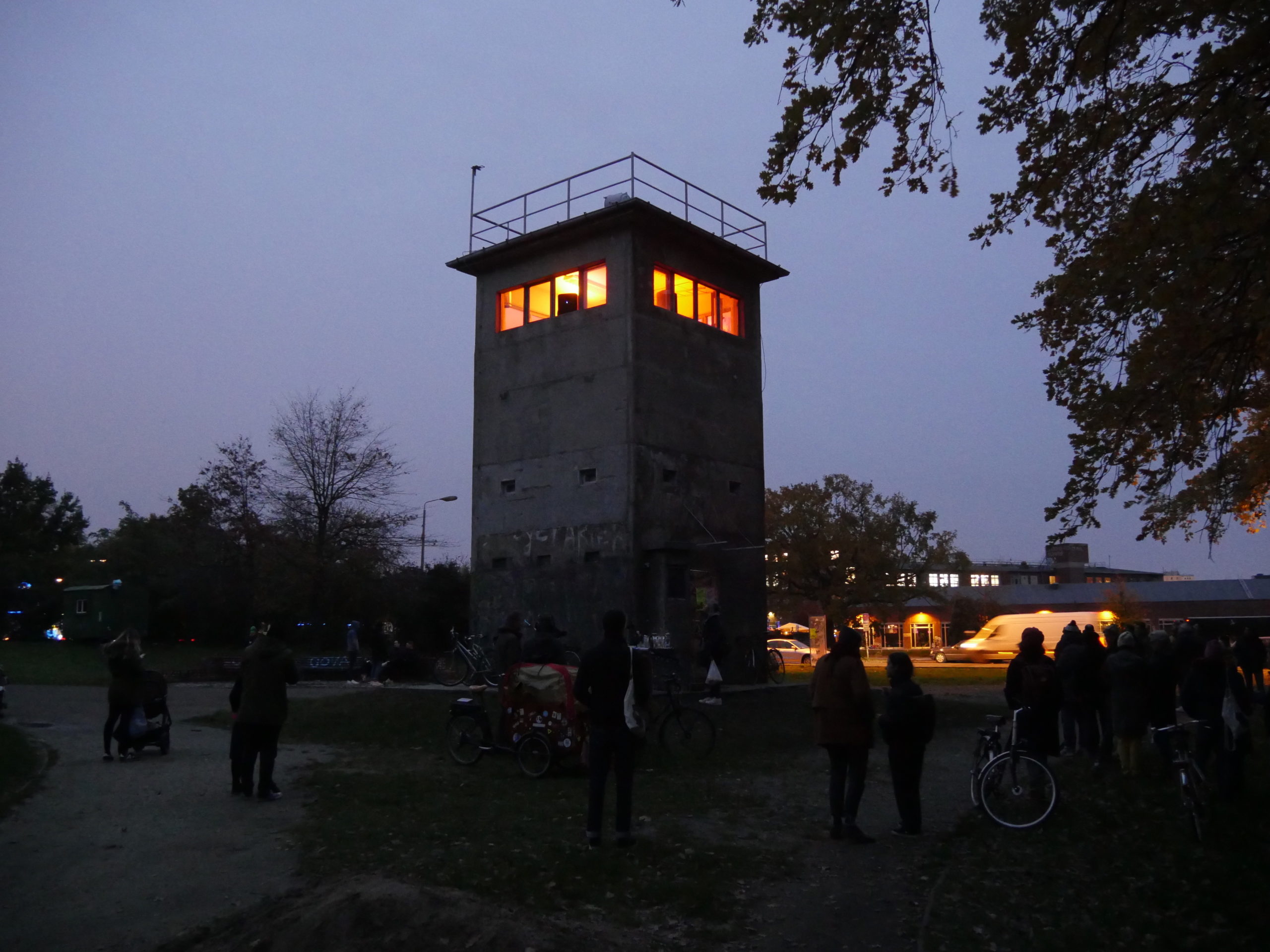 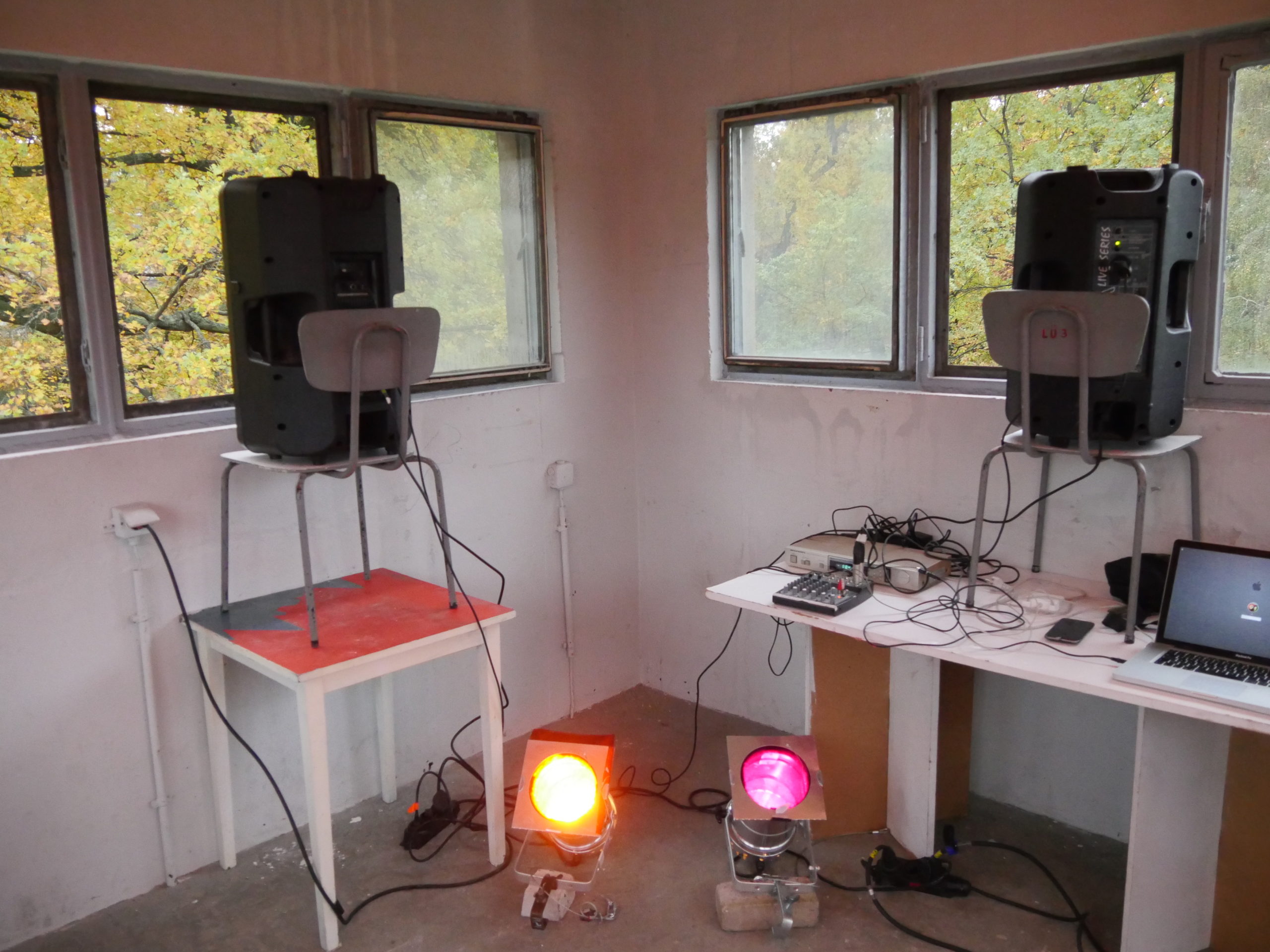 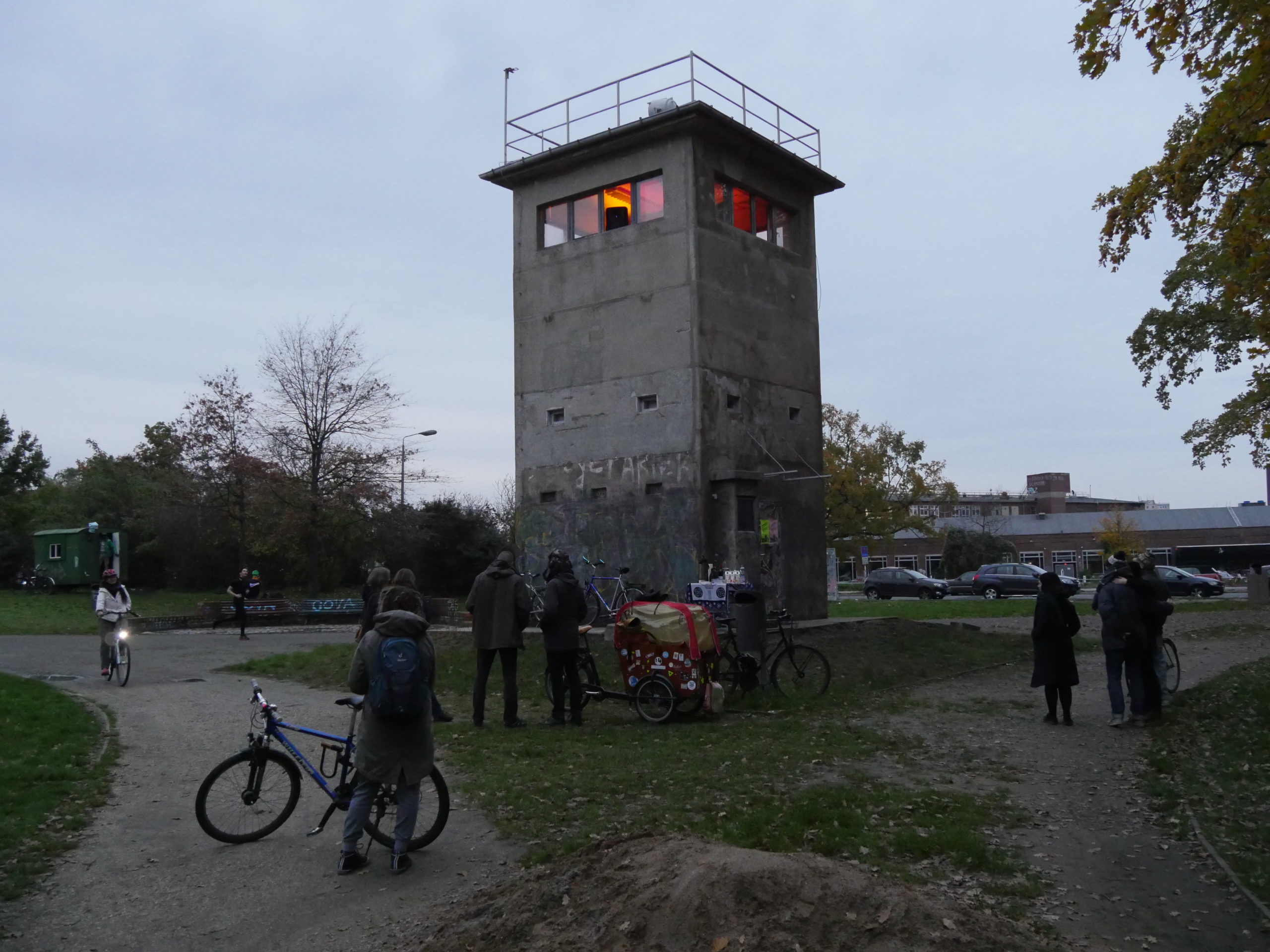 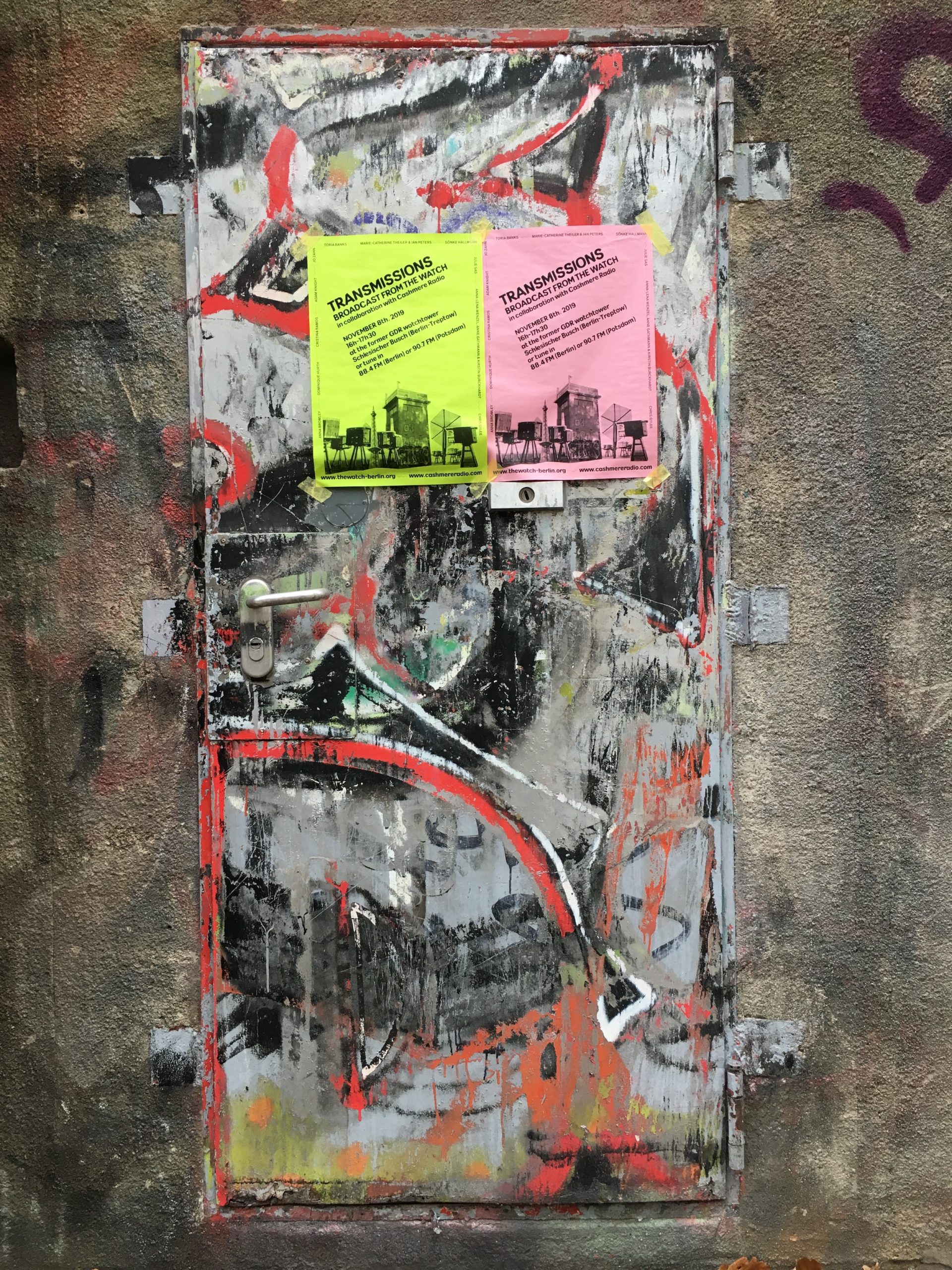