11 February 2022
‘Time to Think: An Opera Libretto Done in a Rush’, by and with Jasmina Al-Qaisi and Nick Dunston 11 Feb. 2020 produced by BGNM Radio.
Welcome to the first show of BGNM Radio, a series of four radio shows created by the new BGNM (Berliner Gesellschaft für Neue Musik) and hosted by Cashmere Radio. Tune in for different perspectives on how new music can (re)engage with the medium of radio in the pandemic years, in this complex and fragile moment for music history. Each show is curated by two members of BGNM and will range from live broadcast performances of newly commissioned works to interviews and preproduced spots.
The radio iteration of ‘Time to Think’ was produced by BGNM members Kaj Duncan David and Rupert Enticknap and managed together with Hanna Grzeskiewicz. ‘Time to think’, a text in disguise as an opera libretto, is meant to be performed by anyone as it’s made of possibilities and suggestions: possible synopsis, possible instructions, possible setting (resembling the inside of a head), possible characters (all various ‘me’), staging (to be staged anywhere) and it was published in 2020 by Bridge Poetry Berlin. For this radio staging, Nick Dunston composes and improvises the music using prepared banjo and various playback sources; he also participates as a writer with sound and voice together with Jasmina. Altogether, this piece questions the role of the nowadays writer in society, what is the service the poet can give to the world, from which kind of body and background it does so and in which form. Done in a rush, ‘Time to think’ mocks excellence but also desires it, in an extraordinary way trying to understand the physics and communication of experiences. This radio iteration also invites a couple of artists working in opera: Nina Guo, Jessica Azodi, Yun Park and Rupert Enticknap, to scrutinise libretto as a form. 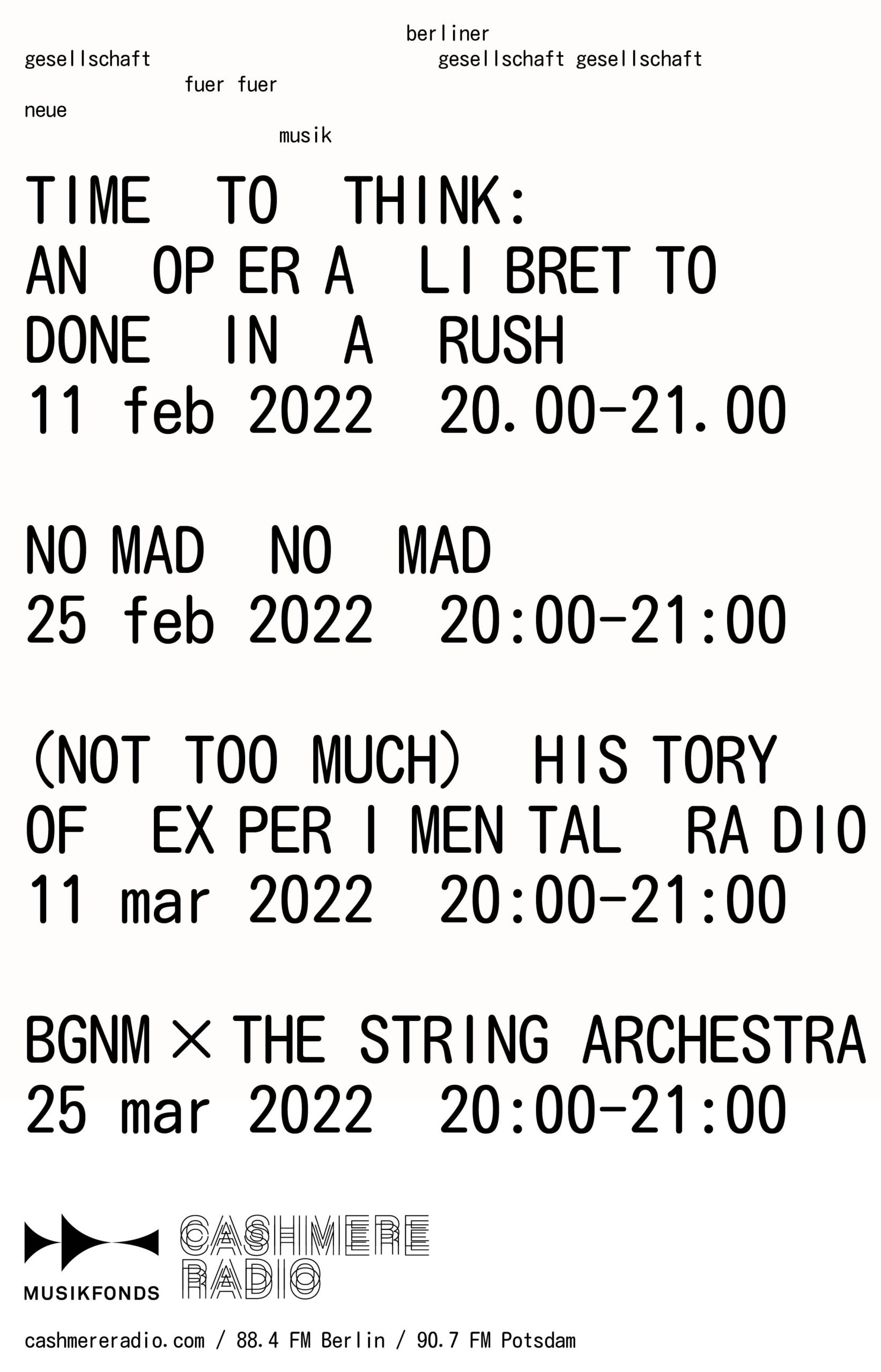