Fuck Off Google and Co!!!

Collective (and musical) memories of a struggle.

What happened in the last two years when a vast network of people rose against a projected “Google Campus” in Kreuzberg?

How diversity of tactics and a shitstorm of bad PR led to the giant canceling its project?

What exactly means the cancelation of the “Google campus”, now that “social-washing” companies will take Google’s place?

More importantly, how, beyond the fight against gentrification and the raise of rents, this struggle represents a vibrant resistance to oppression by tech companies, their mass-surveillance and what they stand for.

A bunch of people will recall highlights of the last two years, expose and dissect the Alphabet/Google empire, look inside the belly of the beast at the various ways it sucks life (and data) out of everyone, and draw joyful plans for the future, with solidarity, sharing of knowledge and love.

Join us on a ride from Kreuzberg to Queens, San Francisco, Rennes and Toronto. Get informed through the latest “news from the Shitstorm”, along with badass tracks by M.I.A, Holly Herndon, Mediengruppe !Bitnick (with Low Jack), old nuggets of 70s and 80s techno-critical tracks from Germany and more!

Fuck Off Google and Co!!! 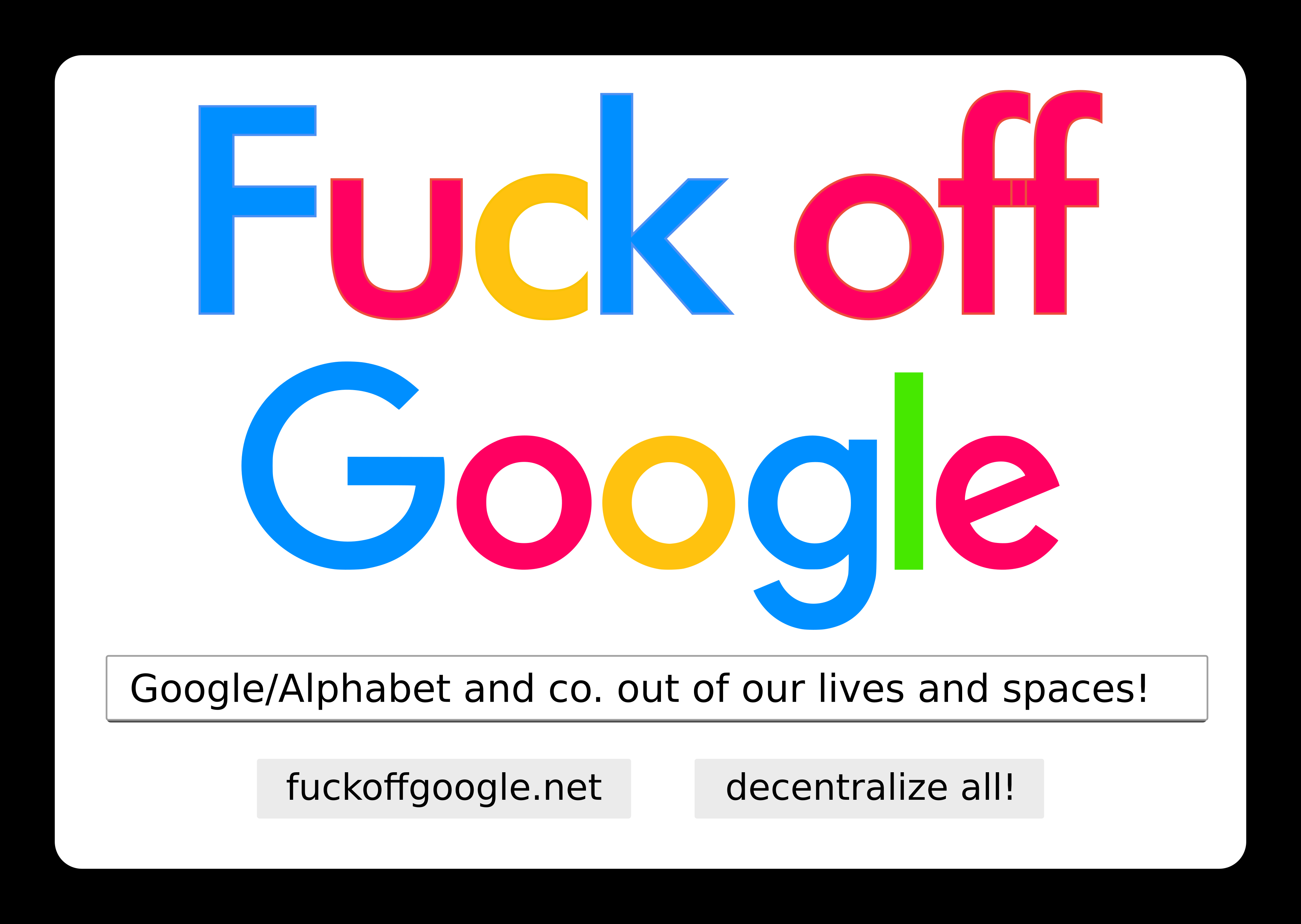