Hannah Sawtell’s MAYDAY:THE BOOTH is a live radio broadcast for The Island on ARTonAIR.org which was presented during ‘lunch-hour’ 13.00 to 14.00 (EDT) on 1 May 2012 from the Clocktower Gallery in Downtown Manhattan. MAYDAY:THE BOOTH was created from recordings, collaborations and contributions from workers who responded aurally to the idea of ‘May Day’ (International Worker’s Day) and what it means to them today. It was broadcast live against the backdrop of immigration law demonstrations in the U.S. and the occupy solidarity rally at Union Square, Manhattan. 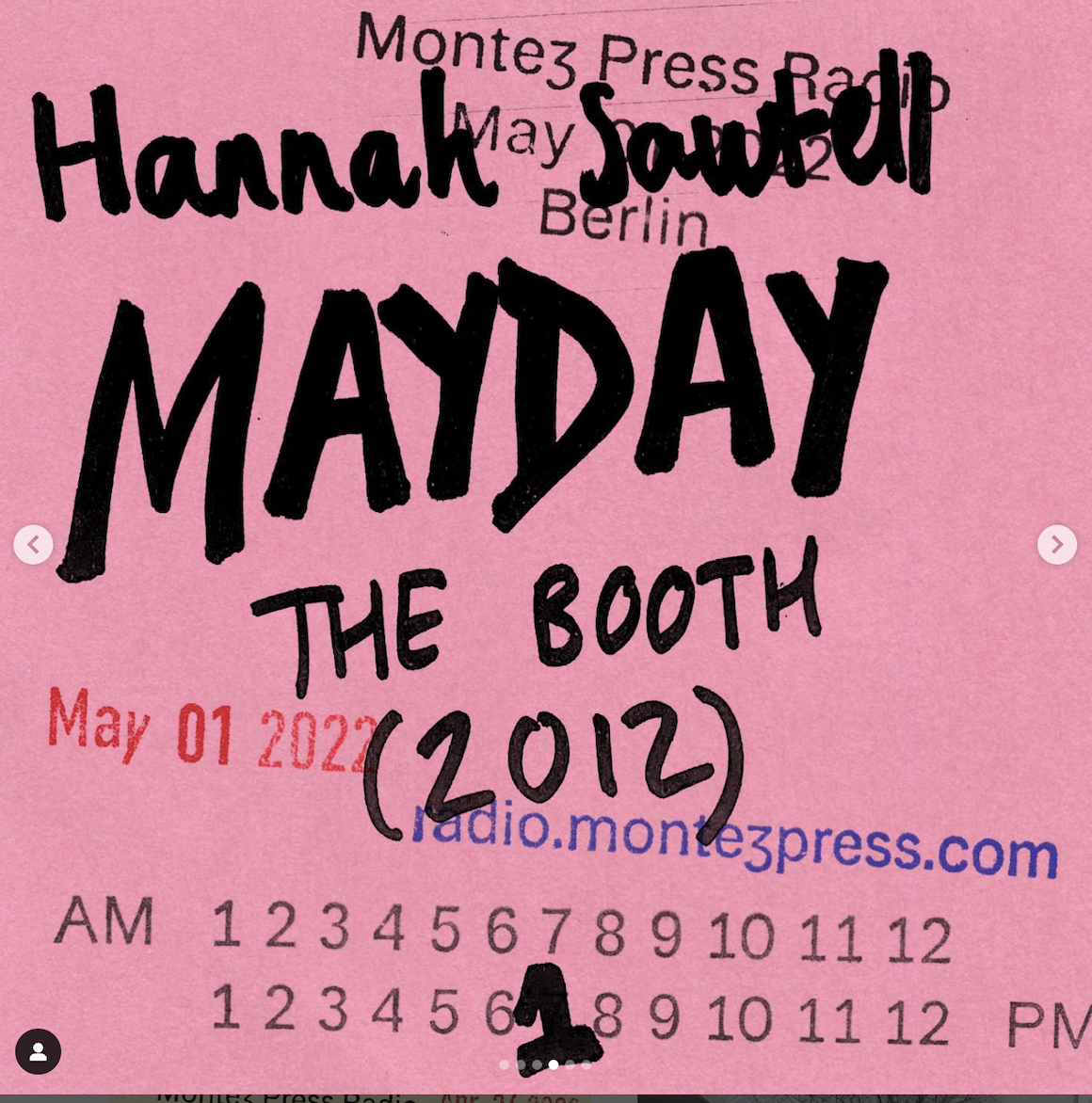