Lara Gallagher attempts to examine her constructed performative identity whilst undertaking a series of tasks set out as a form of score. This piece is a performance of the score overlaid with a text,written and performed by Lara which consists of her observations having performed the piece. She sets out to perform the score which outlines a series of instructions to be enacted in a kitchen. As she makes her morning coffee and breakfast she embarks on a journey where she explores the impact of Arduino wearable technologies on her performative identity and specifically examines how broadcasting via radio may also impact such constructed identity. For the duration of the performance, she wears an Arduino digital instrument on her right hand allowing for heightened awareness of her performance. She investigates questions relating to intimacy, artistic output, expectations and explores the pseudo-real world of performing and broadcasting on live radio. Does she deliver a better performance due to the knowledge that the Arduino instrument worked in a specific way? If so, was this affecting the construction of her performative alter ego? How was the knowledge of the existing future radio audience shaping how she analysed herself? How was her breath feeding back on itself controlling her mind and body? She attempts to uncover the true meaning of the subjective self and whether technology influences this by extending her capabilities or limiting her to perform in a certain way. This piece presents a level of intimacy, allowing listeners access to Lara’s inner thoughts, observations and private actions in her kitchen whilst on the other hand presenting a pseudo-real amalgamation of subjectivity, choice and performance. 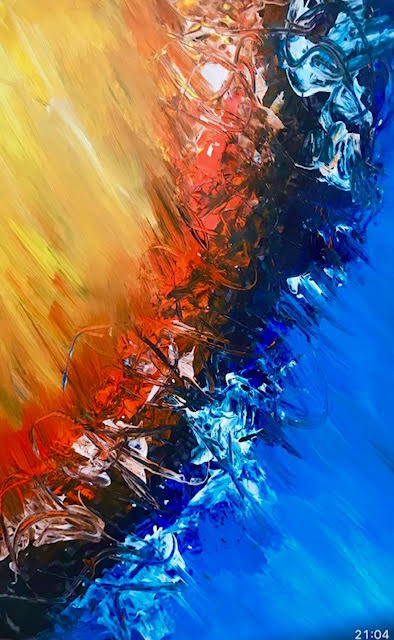