For this episode of The Kick Clap Show I had the big pleasure of having as a guest Andi Estimulo, who is one of the most knowledgeable diggers I have ever met. A living Encyclopedia of House and Techno with specialised departments of Chicago/Detroit, Italo House and 90s IDM, Estimulo is also running a 10yrs strong weekly radio show by the name The Estimuloshow, where he delights his listeners with constantly fresh tunes.

How he got all the records in his collection is still to date unknown but somehow Andi is one of those dudes who always knows the record you are about to play after 2 seconds since you put it on the platter.

Taking the invitation and the nationality of many of the people at Cashmere very seriously, he prepared a special early 90s all-italian House mix, proving that what is at the moment very in vogue again has been part of his selections for a long time already.

NOTE FOR THE HEADS: There is no transcribed playlist for this one but Estimulo compiled a discogs list with all the titles he played! You can find it here. 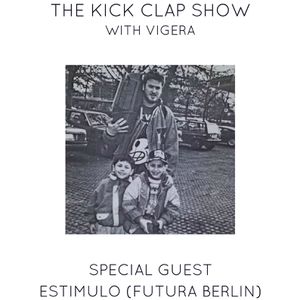