We’ll be celebrating our 20th show.

And we do that by playing a bunch of heartbreak songs (you know, Minnewunder means heartache). Might fit perfectly to the recurring episode of autumnal melancholy.

After that sad stuff you can listen to a miraculous mix by the wonderful Agnes Aves who’s a keen selector, DJ and who also hosts a radio show called Mercure Rétrograde on LYL radio.

In the following, you’ll find the interview with Agnes Aves:

You grew up in Constanța, a city located near the Black Sea coast where once Ovid used to live.

I was in art school since 1st grade, that’s basically a breeding ground for weirdos that are into music or other stuff. When I was around 14 I started running a night with a few mates in a garage called ‘System Shutdown’. There was nothing else to do so everybody gathered there every weekend and that’s how the scene emerged. Sadly, the scene disappeard with us when we left for university and there is not much happening today.

Which artists did influence you the most when you were little?

I was an angry kid, I was mostly listening to punk, post punk, death metal, grindcore etc.

Only after 16 I moved towards more mellow stuff and electronic music.

When did you decide to become a DJ?

When you’re a kid time works in your favour, as you grow up time is either against you or you learn to work with it. After my 20’s I hardly had time for anything but work, until I started making time, valuing it and so I started digging again, recording, uploading, creating a routine order to escape routine. It helps me smile more on a daily basis.

I wasn’t expecting people to get interested, it just happened.

Tell us a bit about your podcast project No One Ever Dances.

I started the project 2 years ago, less than a year before I left Bucharest for London. I didn’t plan for moving and wasn’t expecting it, as I wasn’t expecting moving from London to a small town in the north of England.

It started NOED as an event series in Control Club (Bucharest), the podcast followed. At the moment the events are on hold due to my location. Hopefully in less than a year. after relocating, i’ll restart the nights and possibly in a few years No One Ever Dances will also become a record label.

What are your three favourite releases so far this year?

What are your next projects?

I’ll most likely release some music at some point, I’m in no rush.

And I’d really like to open a flower & record store that also serves food, but I guess that will have to wait.

One theme-related question: Do you have some all time favourite tracks on your heartbreak-unbreak playlist?

I find it really hard to make such decisions, usually need to flip a coin to choose betwen pizza and burgers.

Tell us a bit about your mix?

Since it was a themed one I went around the idea of ‘heratbreak’, which for me goes through a range of feelings and emotions, from mellow, doleful, selfless, alienated, frustrated to manic, enraged, irritable, sarcastic, selfish etc, that I think I covered. Left a message at the end, around minute 44.

Will you be in Berlin anytime soon? 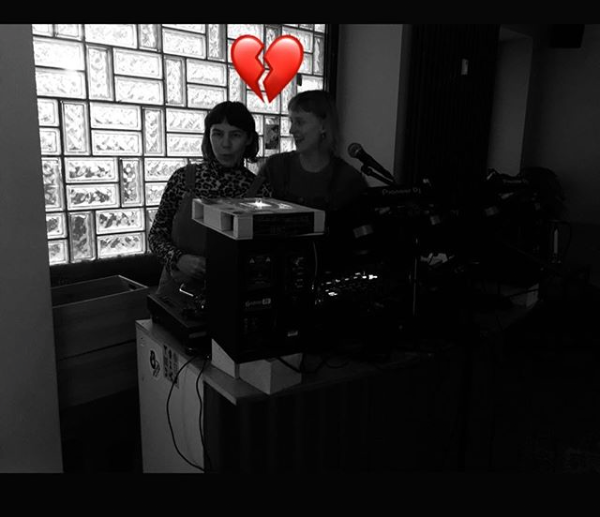