Drew Mcdowall (Coil, Psychic TV) is the special guest of this fourteenth episode of Open Sources. He joined to talk about the tapes of traditional bagpipe music from Scotland known as « Pibroch » that he discovered during his formative years, and the way this music influenced his practice. Alongside reflections on the philosophy of drone, the importance of community-building, and the place of Scotland within the UK and in his own biography, the interview is also interspersed with tracks from Drew’s projects such as Coil’s Time Machines, CSD or his own solo work. 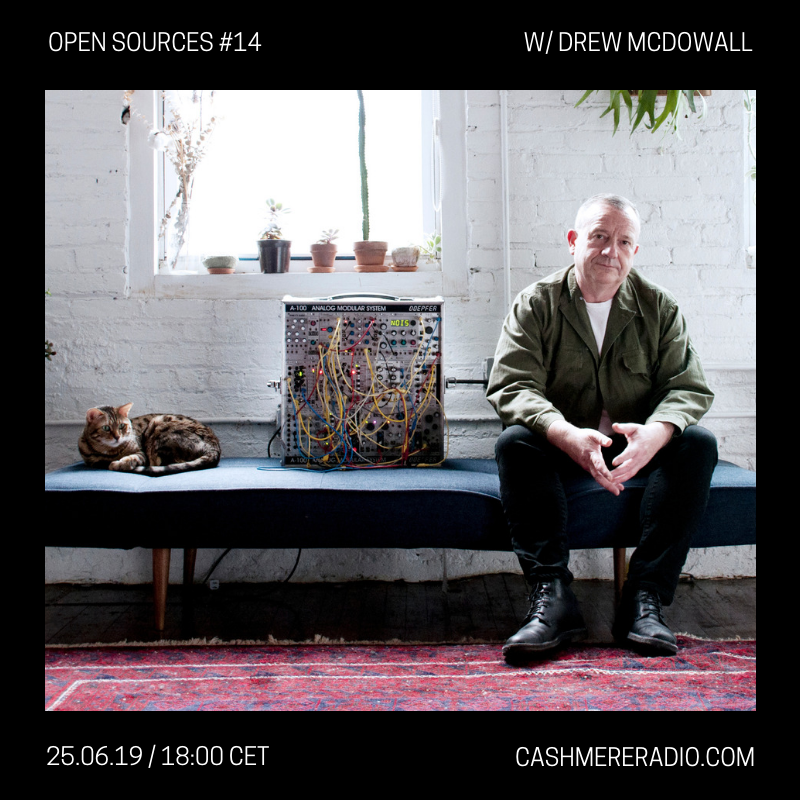