To support the artist, please buy their album on the Nyege Nyege Bandcamp: https://nyegenyegetapes.bandcamp.com/album/balani-fou

Open Sources celebrates its second birthday by inviting Diakalia Koné aka DJ Diaki. A long-standing radio curator and DJ based in Sanakoroba in Mali, he prepared a special selection of both vintage and contemporary radio hits focused on Mali and West Africa. The show is punctuated with some of our WhatsApp conversations about the development of his activities as a program director for a community radio, DJ at celebrations and Balani musician.

More detailed article from Sahel Sounds about the origins of Balani shows: https://sahelsounds.com/2019/06/balani-show-origins/

Translation of the discussions:

You’ve been the program director of a community radio in Mali since a few years, what is this radio and what can be heard in your show?

I am the program director of a community radio in Sanankoroba, a small town not far away from Bamako, about 25 km. The radio was created in 2006.

All my radio show are directed at the youth in Mali, I encourage them to work better and a lot, because it’s when you are young that you are able to do a lot of things.

I have 4 days of shows: Monday is only for Malian music in the form of a dj set. Tuesday is rather for music from Ivory Coast and Nigeria. Wednesday is for Balani Fou. Thursday is “rétro musical”.

You call this radio a “community radio”, how does it work?

Yes exactly, it’s a radio for three communes: Sanankoroba, Dialakoroba and Bougoula. Those three communes are composed of 60 villages.

At the beginning of this show I talked about celebrating. You’re not only a radio host but also a DJ for ceremonies, can you tell us how you started? And also maybe how the Balani shows were born, because I think it came from that?

And how did the birth of the Balani fou came about?

I met a friend called Seydou Bagayoko that was a party host around Bamako, he had a night club next to the bus station in Bamako. Every Tuesday I was leaving Sanankoroba to go at his place to train with him. We were going out together to do the Balani show in the villages in the countryside. I worked a lot with him. This is why the Balani show appeared around Bamako.

Otherwise the Balani show is nothing else than electronic music. Before they were an instrument called “Balani”, but it was the traditional instrument. Since we could make the youth dance with a sound system, the name changed to “Balani show”.

Are you recognised in Mali as one of the main figure playing that type of music?

Yes, almost of the Malian youth know me through this work.

Can you tell us about the music you selected for this show? Are there artists you would like to highlight in particular?

I started the selection with a great artist called Nahawa Doumbia. I liked her a lot. We are almost from the same region in Mali. I really liked the way she started music, through “les cultures du Mali”.

Is there any other artists in your playlist that you want to draw attention to?

There’s other artists in there, such as Ramata Diakité that died but I liked her voice since a long time, she sings really well. There’s also Djoss Saramani that is a really young singer from Mali. Also Alou Sam, that sings really well, a real singer from Mali, I like his style very much. There is Mahamadou Fakoly Doumbia, that I like a lot. Additionally to all of that there’s is an artist from Guinea called Azaya, I like a lot how he sings too. There is a bit of coupé-décalé and music from Ivory Coast. And I ended the selection with a bit of retro music from Congo.

There is also a young singer from Mali called Djélikan Diawara, she’s really good and I would even say that she’s my favourite Malian artist. She sings really well and is really jovial.

How would you describe the contemporary music scene in Mali?

In Mali, music has a really important place. A lot of young Malian wants to be musician, a lot of them wants to make rap music especially.

The style of music I make is not really the one that young people in Mali make or listen to, but on my facebook I have 97 000 followers. And this is due to what I do on the radio. 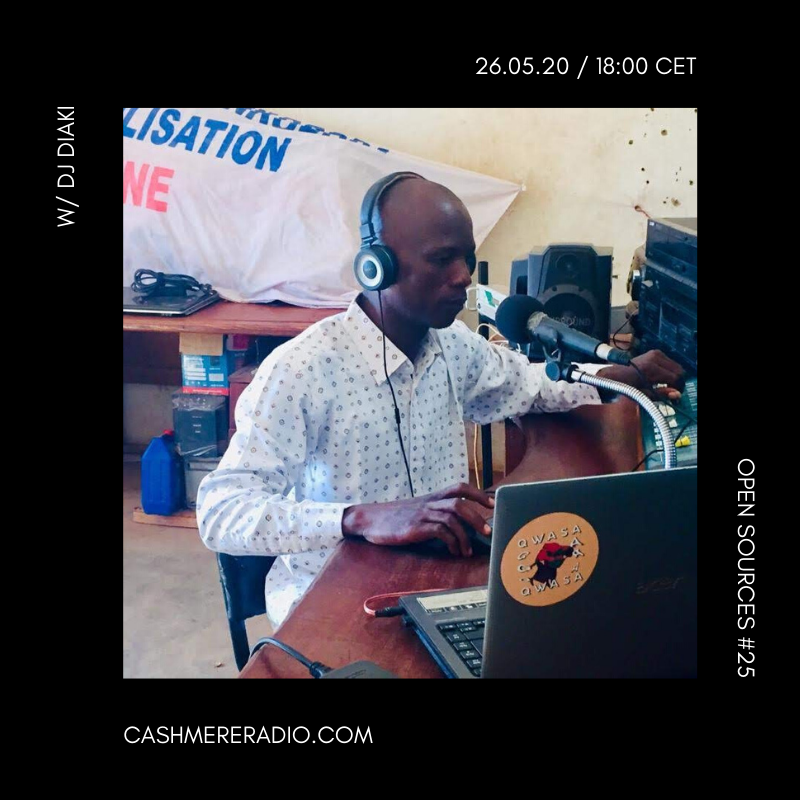