Wok the Rock is the guest of this twenty-sixth episode of Open Source. Multimedia artist and founder of the label Yes No Wave based in Yogyakarta, Indonesia, he made a selection telling the story of music composed by the composers of the Indonesian leftist artist organisation Lekra in the ‘60s, and performed by choral groups Ansambel Gembira and Orkes Kutilang. After the coup d’état in October 30th, 1965 the artists were imprisoned and their works were banned. Wok’s research informed his project with the female survivors choral group Dialita, he included 4 remake songs of them including collaborations with contemporary artists. Throughout the episode he will have a conversation with Vandy Rizaldy, also known under his musician name David Ryzalin.

An in-depth article sent by Wok: 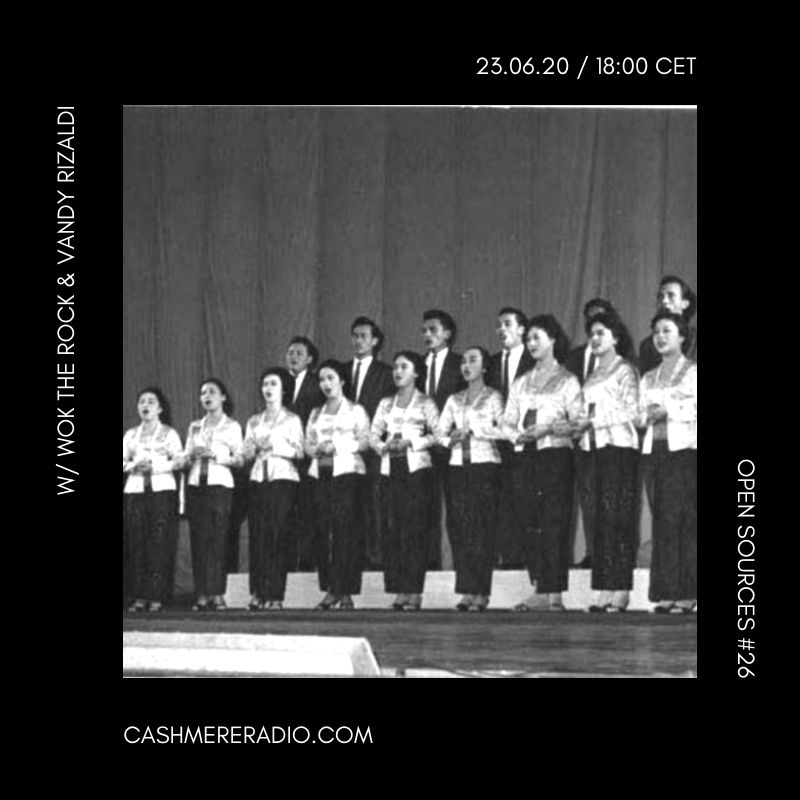