Felicity Mangan presents Hexadeca’frog’ic, a sound piece commissioned and developed for a sound installation in Cashmere Radio’s garden in Berlin-Lichtenberg, as part of the “Passage: Radio Garden” program, hosted by Lukas Grundmann.

Hexadeca’frog’ic features a mix of newly recorded field recordings made in gardens and wetland biotopes around Berlin, during the recent lockdown period. The piece builds upon Mangan’s previous work Stereo’frog’ic (Longforms Editions), a play on the word stereophonic, a sound piece crafted from found Australian wildlife recordings of frogs, insects and other ‘vocal’ animals wavering about in a stereo field. This time the piece is a play on the word Hexadecaphonic as the piece is made for 16 channel installed within an urban garden habitat.

Felicity Mangan is an Australian sound artist and composer based in Berlin, Germany since 2008. In different situations such as solo performance, collaborative projects with other musicians or installation, Felicity plays her found native Australian wildlife archive and other field recordings, either through a stereophonic system or often via hand-made speakers made with piezo transducers and found objects – exploring the timbre and forms of found and self-recorded animal voices while mimicking biophonic patterns to create minimal quasi-bioacoustic environments. Felicity has released a solo publications on Longform Editions titled Stereo’frog’ic, a play on the word stereophonic – presenting a sound piece, crafted from found recordings of frogs, insects and other ‘vocal’ animals wavering about in a stereo field. In 2020 she has released a tape titled ‘Creepy Crawly’ on Mappa Editions. 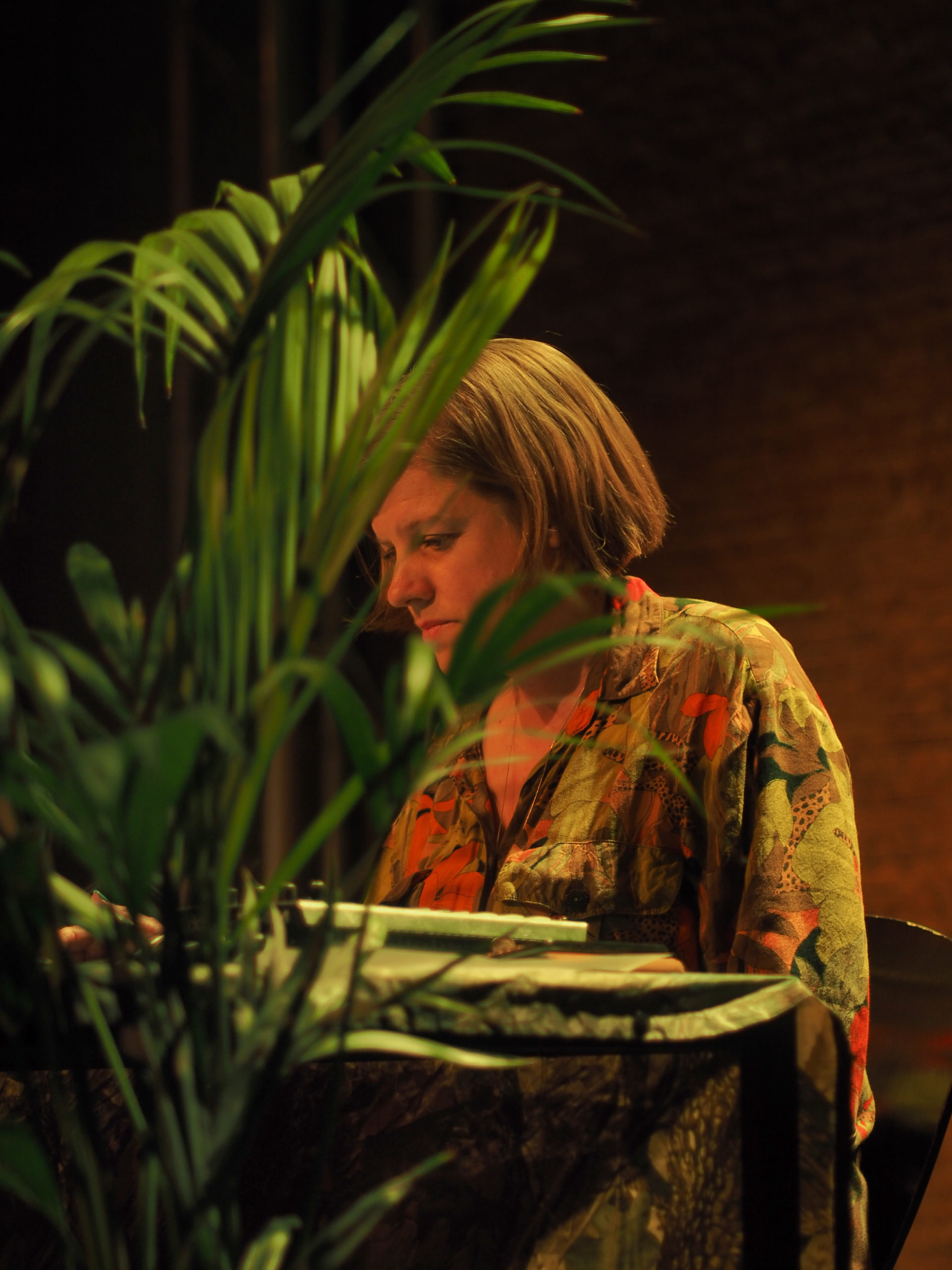