This sound piece is a collaboration between Leyla Pillai and Rose Higham-Stainton, in response to Rose’s text Saint Munditia’s Teeth. With an introduction by artist and writer Scott Rogers.

This is a dialogue between practices that co-opts the form of the shrine, its devotional offerings and precursory pilgrimage, to disrupt the institution of religion and the institution of the body as toxically venerated and idolised; it is a redemptive offering to Saint Munditia. During her time on residency with Kunstverein München, Rose gathered found objects, texts and images on her desk and on the page, using the form of the shrine as a methodology. As a body of work, Saint Munditia’s Teeth is emancipated from any one medium—folding text and objects, images and now sound into one another.

Rose Higham-Stainton writes about new feminisms through art, literature and material culture. She has a masters in Writing from Royal College of Art and her academic work is held in the Women’s Art Library at Goldsmiths College. She regularly contributes to MAP Magazine and has been published in PIN—UP Magazine, The Skirt Chronicles, Ache, Worms, Deleuzine, SPAM PLAZA and upcoming in ArtMonthly. A visual-textual work titled Herēma was published by Sticky Fingers Publishing 2021 and the chapbook Foam of the Daze was published by Bottlecap Press in early 2022. Rose incorporates visual and sonic language into her practice and has been a guest on Montez Press Radio and NTS radio and was a resident at Kunstverein München’s transdisciplinary artist residency Peripheral Alliances. As an editor and facilitator, she co-runs Devotion writing workshops with the poet Sophie Robinson.

Leyla Pillai is a free-flowing creative, based between London and Southend On Sea. Leyla responds to the re-sound of whatever inspires or touches, and tends to do so through music, soundscape, spoken word, text and image. She calls this collaboration, even when she is working alone. Leyla has been resident on NTS Radio for about 8 years, producing and hosting a show called ‘Who’s That Girl?’ in honour of the art of storytelling. This show uses a variety of forms to approach using music and soundscapes. 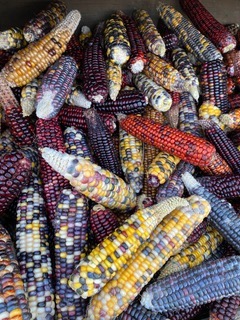 Sounds of In Utero