The sound work includes excerpts from a clitoral reading chair session, as well as poems and modified music by Annette von Droste-Hülshoff. The show is in English and German language.

The clitoris is the only organ in the human body that has continuously evolved over five million years with the singular purpose of developing greater feeling. It serves no other bodily function than to feel. Anatomically speaking, the penis and clitoris are made of the same erectile tissue. In the Clitorian Age, the clitoris is considered to be the sensory center of every human being, and this center can be more hidden or exposed depending on the individual body. The Clitorian Age sees beyond a binary conception of genitals, embracing an anatomical spectrum that is non-synonymous with gender.

The hidden extent of the clitoris inside of the body was only fully described and the information proliferated in 1844 by the German anatomist Geog Ludwig Kobelt. Although this anotomical clitorial information became public during Annette von Droste-Hülshoff’s lifetime, in prior years to its publication she had already conversed with her intellectual companions and lovers about a presumed poetic-sensitive “mesh.” Those secret correspondences were only recently discovered. Annette von Droste-Hülshoff used the clitoris as a figure of thought and understood it to be central to the expression of “nature-bound” sensuality. Based on this concept, she developed body-related methods for writing and reading poetic texts, thereby coining the term “cliterature”. In her legendary “Clitorian Reading Room,” she used to sit on a chair with an opening in the seat to write, edit, and recite her poetry. Whether or not one of her companions “assisted” from below, can only be speculated today.

The widely branched and highly sensitive structure of the clitoris has become the eponymous metaphor for an age in which complexity, diversity, inconsistency, opacity, intuition and feeling, are of highest value.

Concept and realisation by Thea Reifler and Katharina Merten, May 2019

This show is in Englisch/German

The work has been premiered at the 2019 Droste Festival, Munster and a version of it was presented during K2020 at Lothringer 13, Munich. 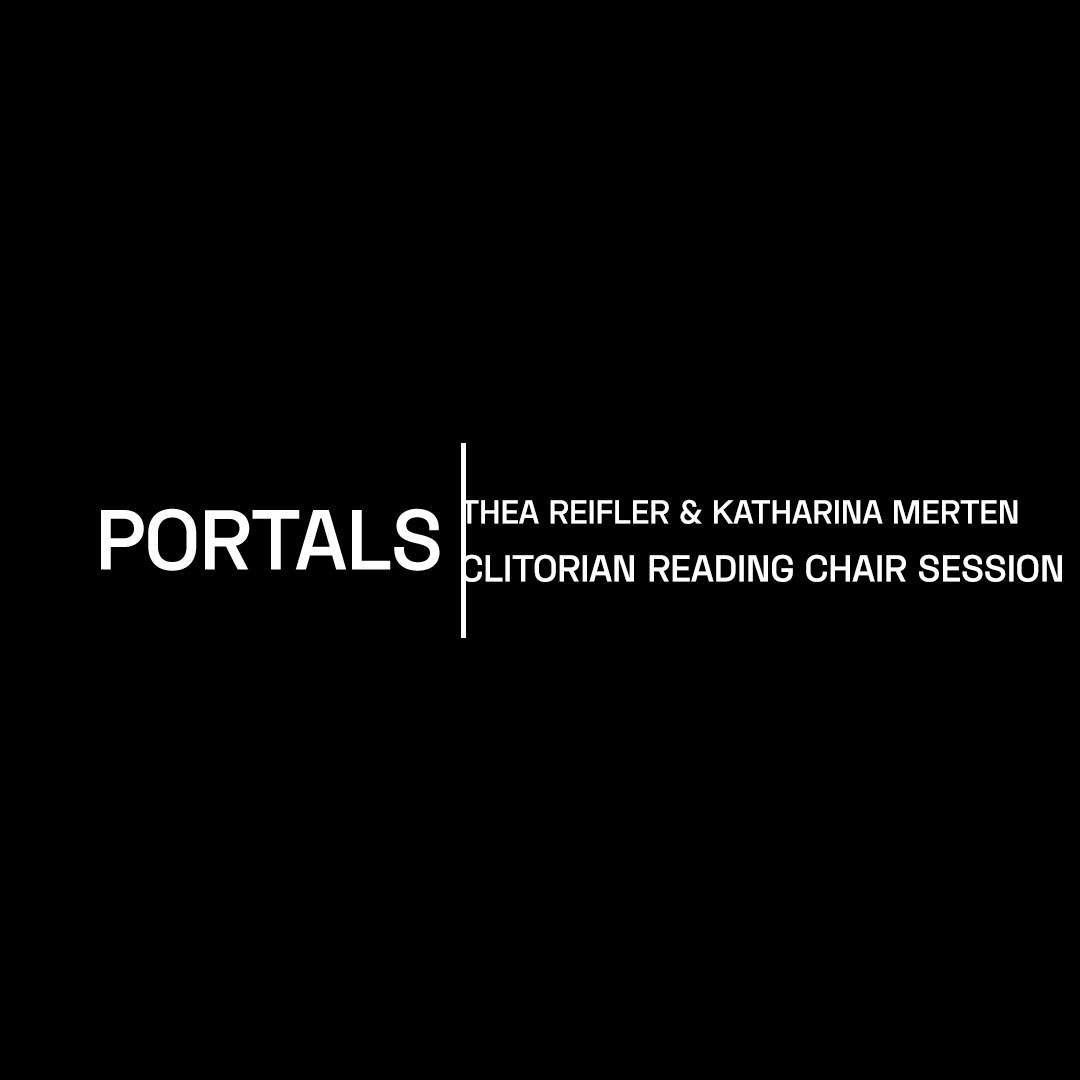