Radio is not a place, but it is happening from places.

DA could mean there or yes and we use it here for a mobile radio situation when radio to hear is also there to see.

DA becomes the epicenter of the Radio, Radio leans on DA when it is looking for its own goal, to be there.

DA is now to see, accessible and approachable, but meant to disturb positivism rather than to enforce it.

The Radio of DA is based on a few elements: presence, interaction, mobility, maybe life itself used in a hacking-reality manner.

Radio of DA is supposed to touch people with mundane topics in a form which speaks very easily about the fact that we are on air, that is easy there and we stay focused to create presence together.

DA is also a performative act of creating a surprising presence in public space.

Jasmina Al-Qaisi is a writer and archivist. She often makes waves on free, independent, temporary or mobile radios and is a member of the sound interested artist group Research and Waves. Her texts take multiple shapes, often for voice and transcending the regular idea of the word on paper. She co-authors diverse audio actions with the artist Ralf Wendt.

Ralf Wendt works within time-based and literary arts on the deconstruction of human and animal language, questioning orders of things. Since the mid-90s he has thematised in performances, films and radio art, a poetics of the suprasegmentalia and worked as a curator of art, music or radio art festivals where he brings together different forms of artistic expression interested in utopic/dystopic societal disturbances. 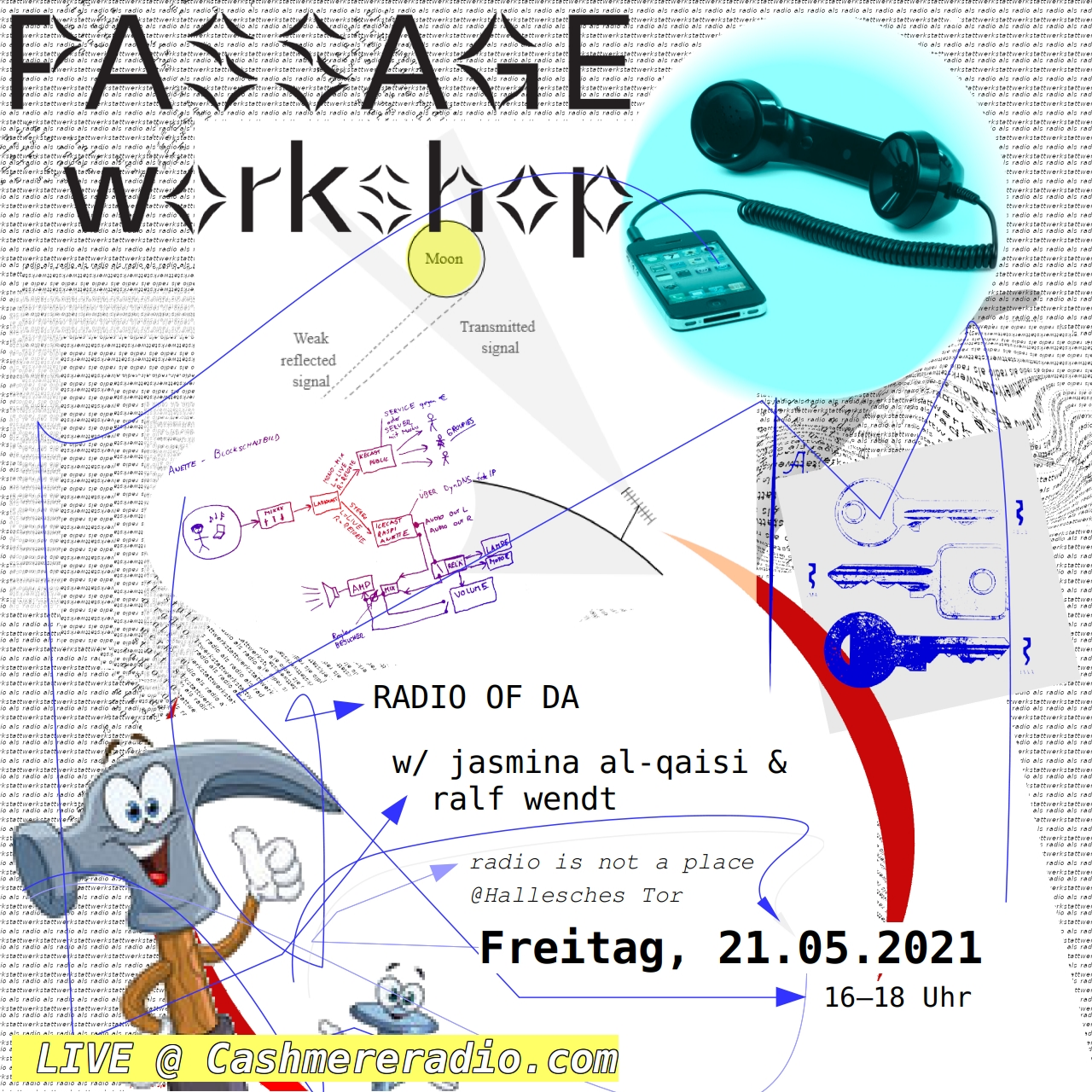