Hermann Nitsch was born in Vienna in 1938. From 1953 to 1959 he studied at Vienna’s graphic arts school, the Graphische Lehr- und Versuchsanstalt. In the late 1950s he began working on his Orgies Mysteries Theatre, which is dedicated to fathoming the human psyche. This produced performative, controversial Actions, some involving blood, meat and faecal matter, which led to three jail sentences. Nitsch was one of the founders of Viennese Actionism. After confrontations with the authorities he moved to Germany. From 1971 to 1989 he was a professor at the Städelschule in Frankfurt am Main. Nitsch exhibited at documenta 5 in 1972 and documenta 7 in 1982. In 1998 he realised his 6 Day Play, a gesamtkunstwerk as a metaphor for life. The Hermann Nitsch Museum opened in Mistelbach, Germany, in 2007. Nitsch now lives and works in Austria. 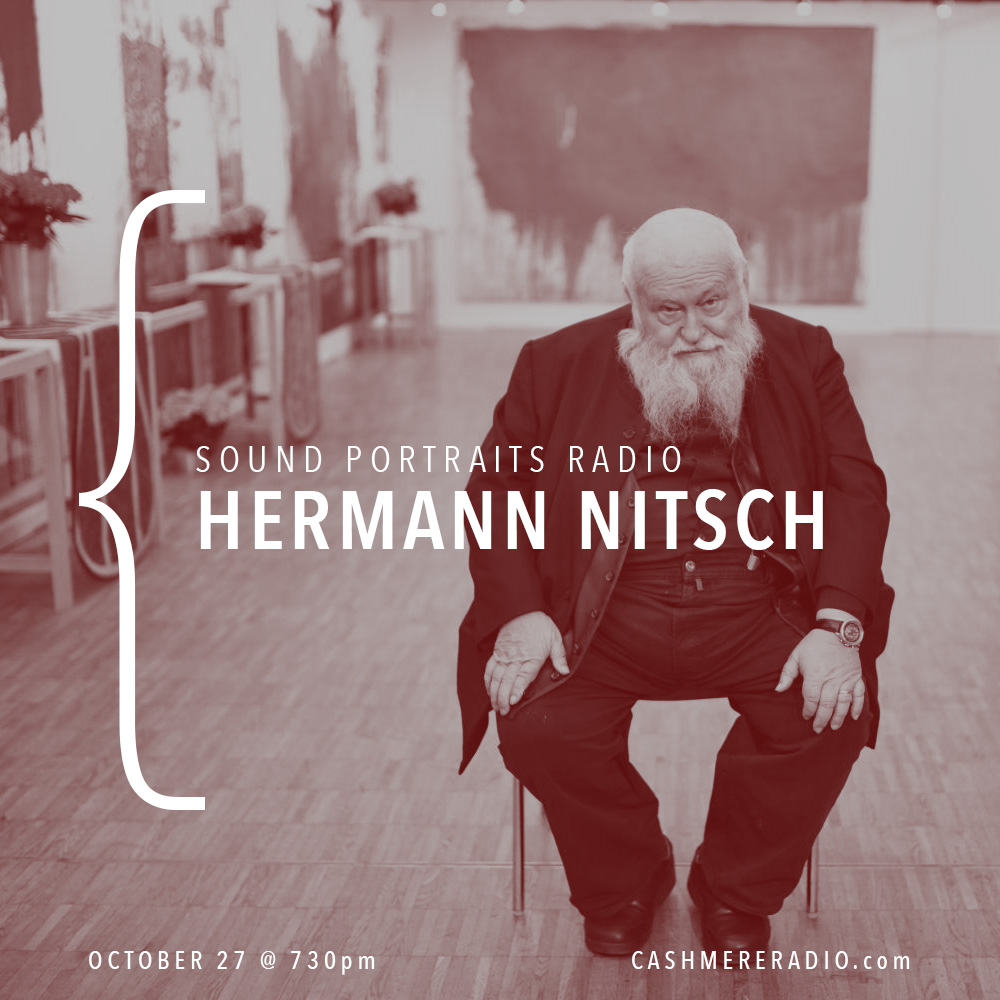