The Art Of Work #32 Working Through the Aesthetics of the Bottom w/ Anna Kravets, Slinko

“People are the most interesting material,” – says artist Slinko, which I deeply agree with.

She had come to Kyiv to explore flea markets and work with the ‘aesthetics of the bottom’ of market economy. Artist Slinko emigrated decades back from the now separatist-occupied Donetsk.

She talks about her ways in research art,

explains also her use of materials such as bread and brick;

revisits the moment of the fall of the Soviet Union and its meaning;

fluidity for a national identity;

the notion of borderlands and the question of being Ukrainian for a largely Soviet emigré in the US,

and thinks about leisure in the context of work as religion.

First came out on RUI in January 2020, produced by Ludmyla Sudakova.

Music: For The Righteous Babe Working At The Ice Cream Stand by Glass Boy 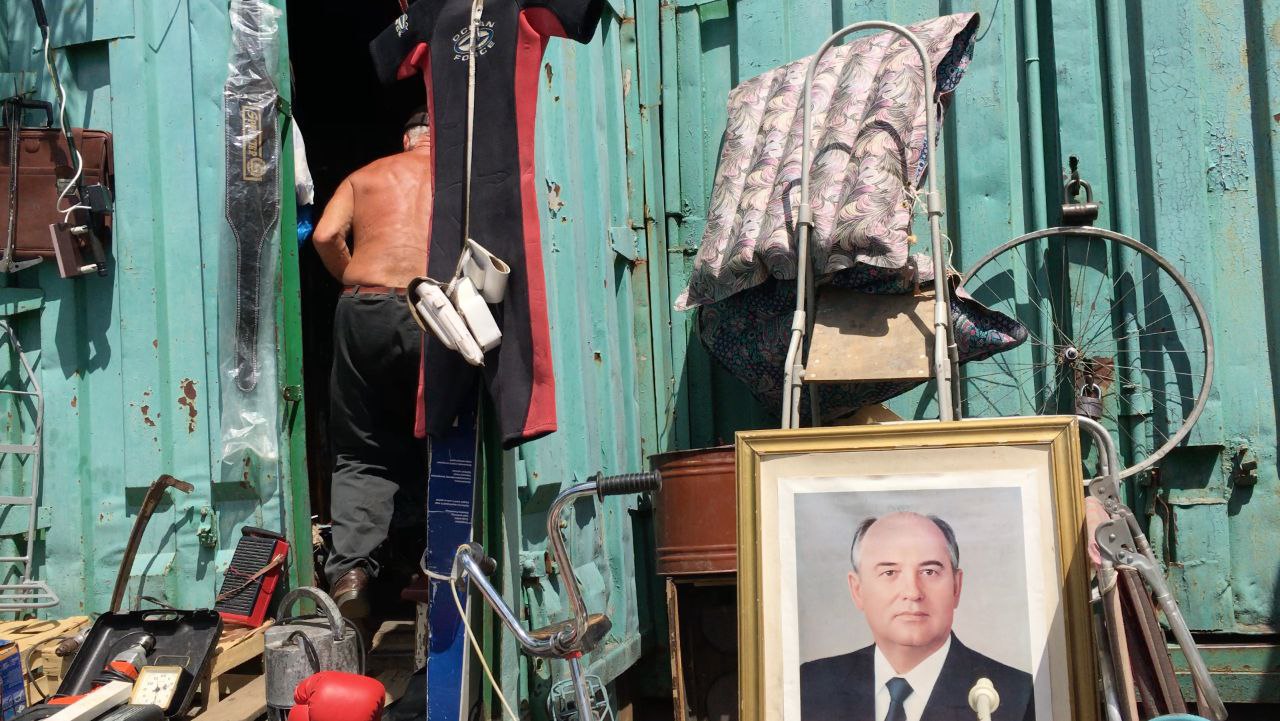