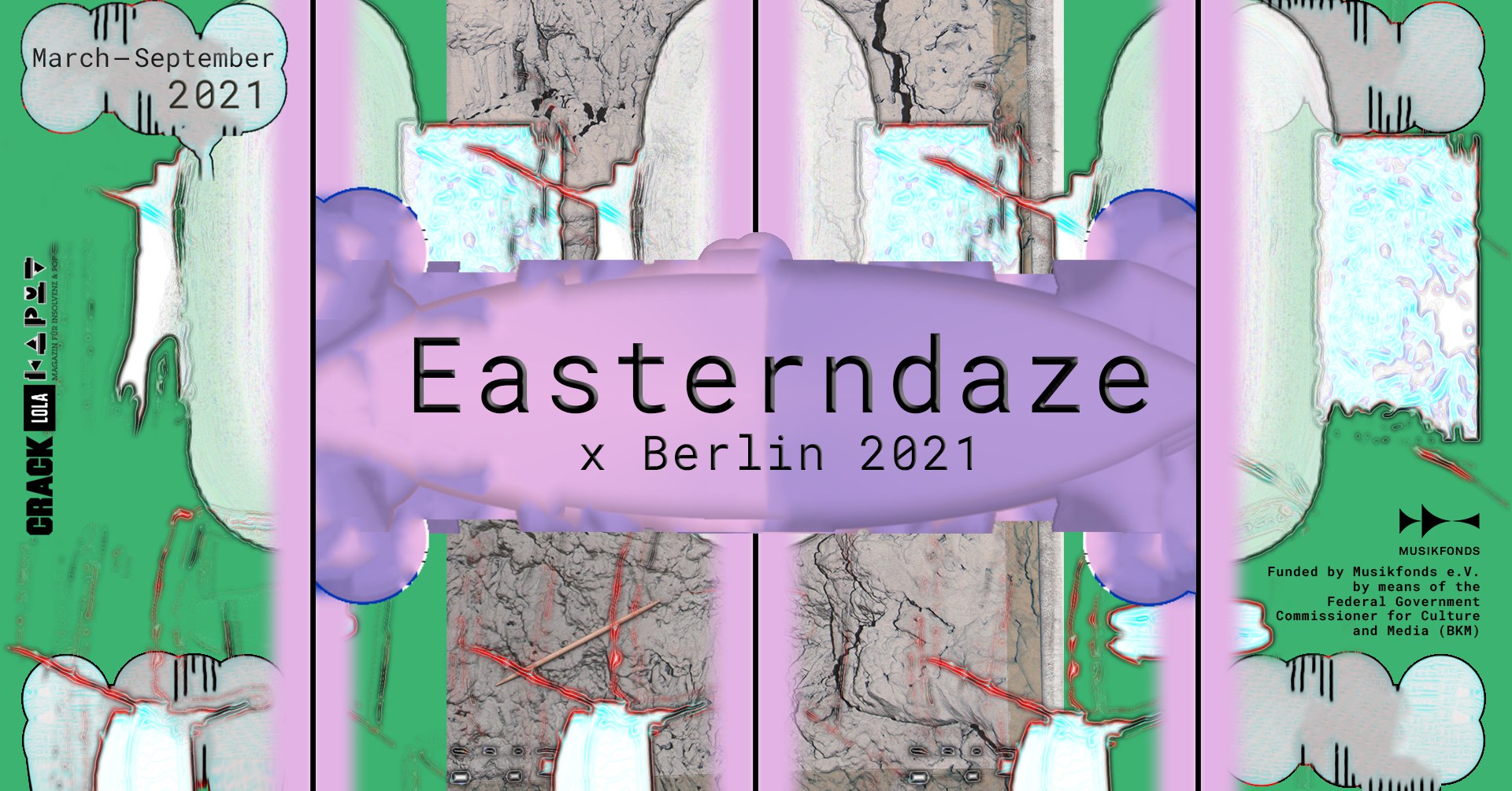 For the first time, community radios from Central and Eastern Europe connected through the Easterndaze Berlin platform. Easterndaze Berlin On Air facilitated conversation and exchange between diverse voices which you can follow both locally and all over the world. Joining the project were Radio Kapital from Warsaw, Lahmacun Radio from Budapest, IDA Radio from Tallinn/Helsinki and Cashmere Radio from Berlin. Showmakers and musicians contributed to a week of collaborative broadcasting practices, creating and developing new collective experiments in radiophonic formats. Easterndaze Berlin On Air took place from April 19th to April 23rd.